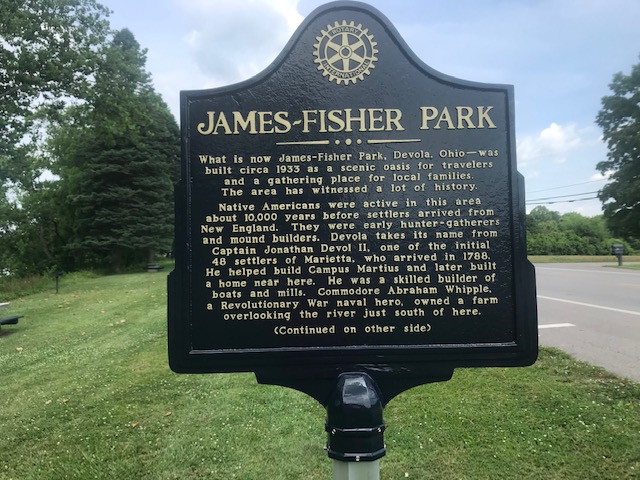 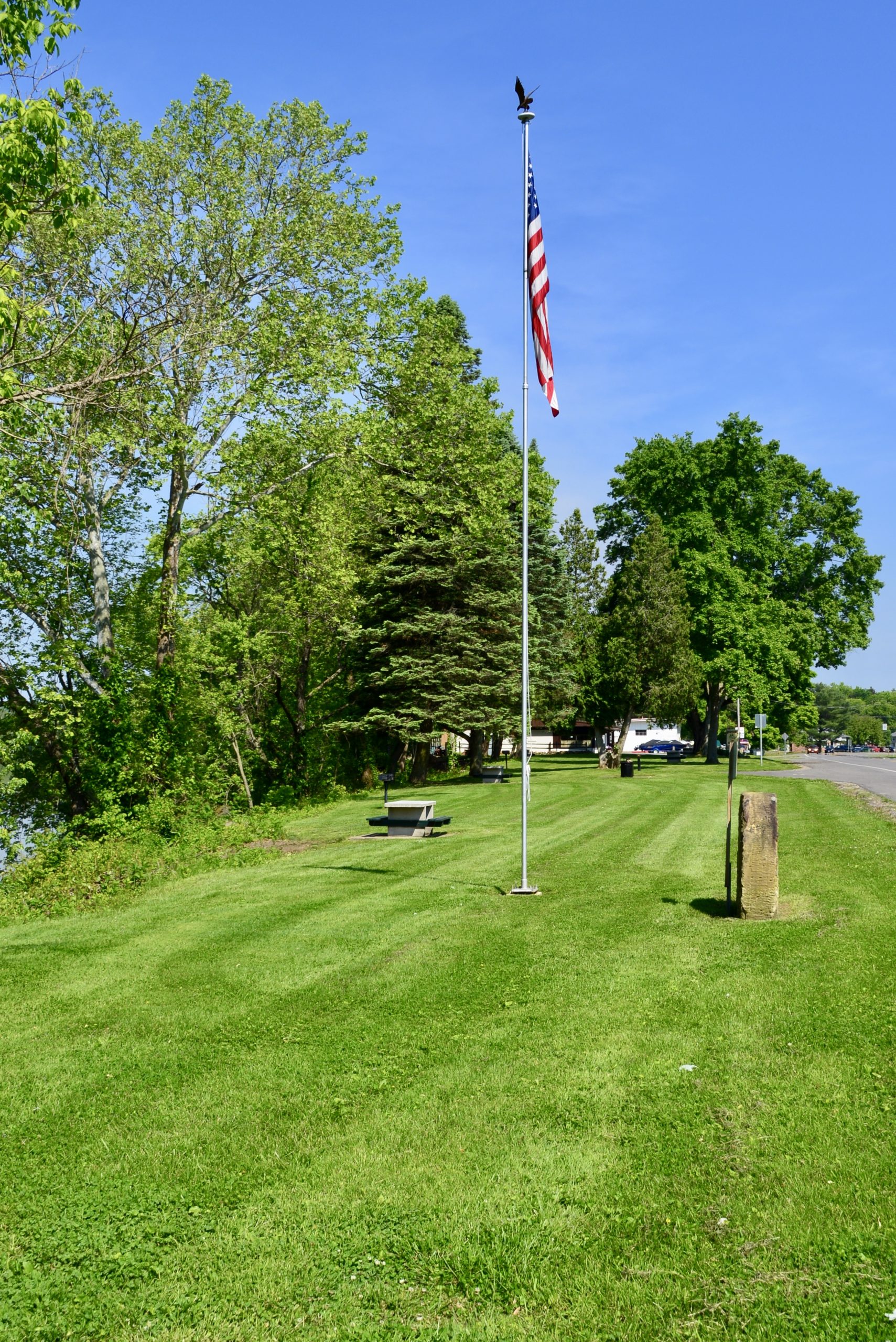 What is now James-Fisher Park, Devola, Ohio – was built circa 1933 as a scenic oasis for travelers and a gathering place for local families. The area has witnessed a lot of history.

Native Americans were active in this area about 10,000 years before settlers arrived from New England. They were early hunter-gatherers and mound builders. Devola takes its name from Captain Jonathan Devol II, one of the initial 48 settlers of Marietta, who arrived in 1788, he helped build Campus Martius and later built a home near here. He was a skilled builder of boats and mills. Commodore Abraham Whipple, a Revolutionary War naval hero, owned a farm overlooking the river just south of here.

One of the first lock and dam systems was built on the Muskingum River between 1837 and 1841 and connects as far north as Dresden to the Ohio Erie Canal. Still operated with a hand crank, the Devola Lock and Dam is located a mile upriver. Steamboats passed by this park in the 1800’s and early 1900’s carrying passengers and freight. A 1913 flood, one of the worst natural disasters in Ohio, resulted in water 20 feet deep where this sign stands. A wooden bridge and buildings were swept eight miles downriver from Lowell, Ohio and landed across the road.

Interurban trains ran regular routes along the river bottom and traveled to Beverly, Marietta and Parkersburg, WV in the early 1900’s.

The James families in collaboration with The Broughton Foundation are now stewards of the park.

The historic marker was sponsored by the Noon Rotary Club of Marietta, Ohio. It was manufactured by Sewah Studios of Marietta and was erected on site in June of 2020. Gifts to the project and the text above were provided by the James families. 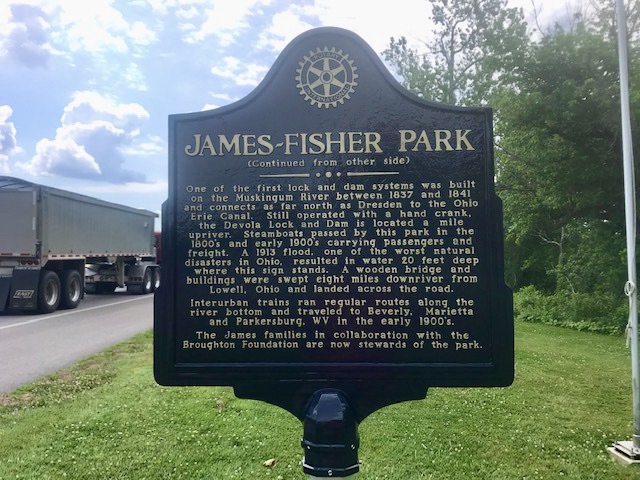 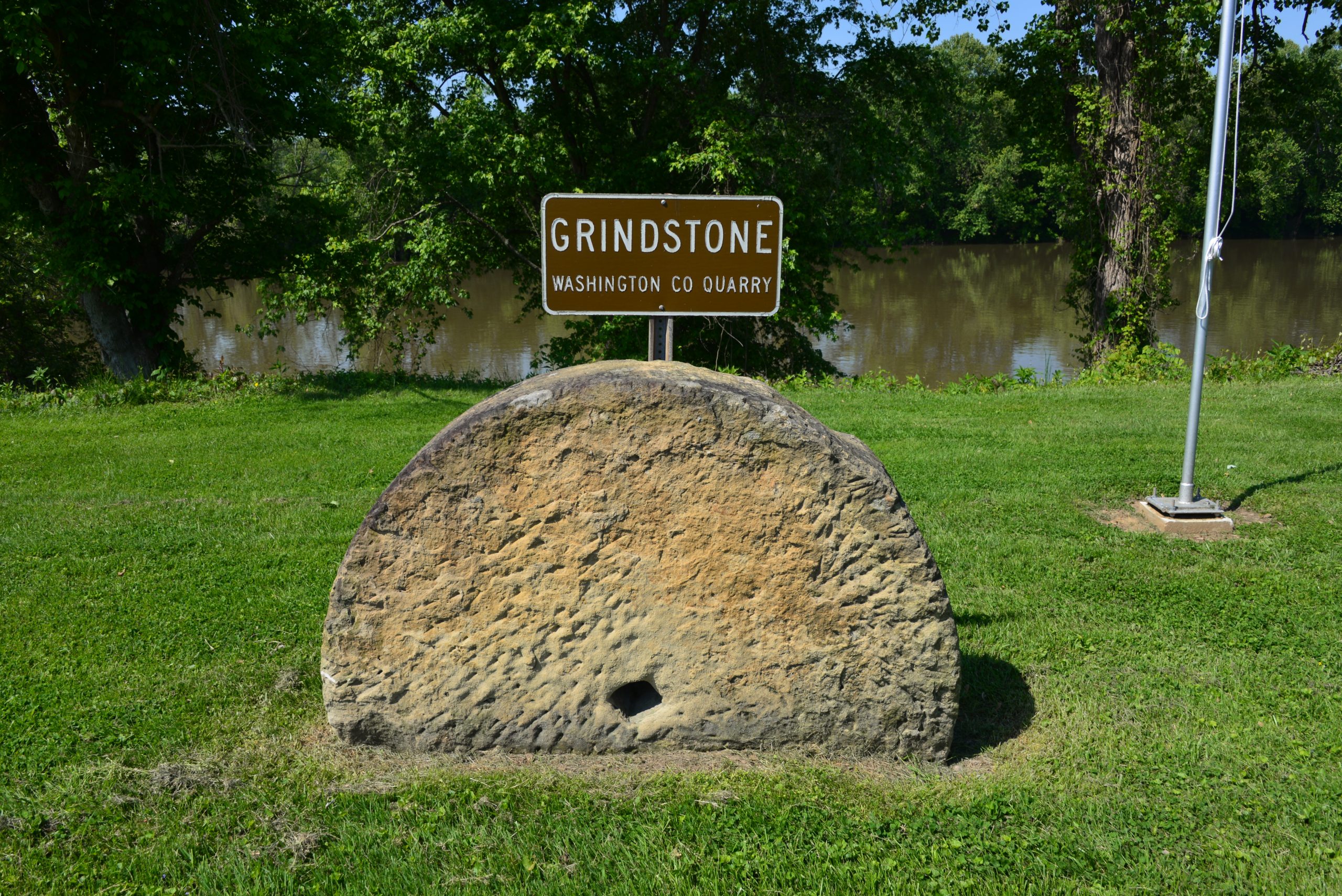 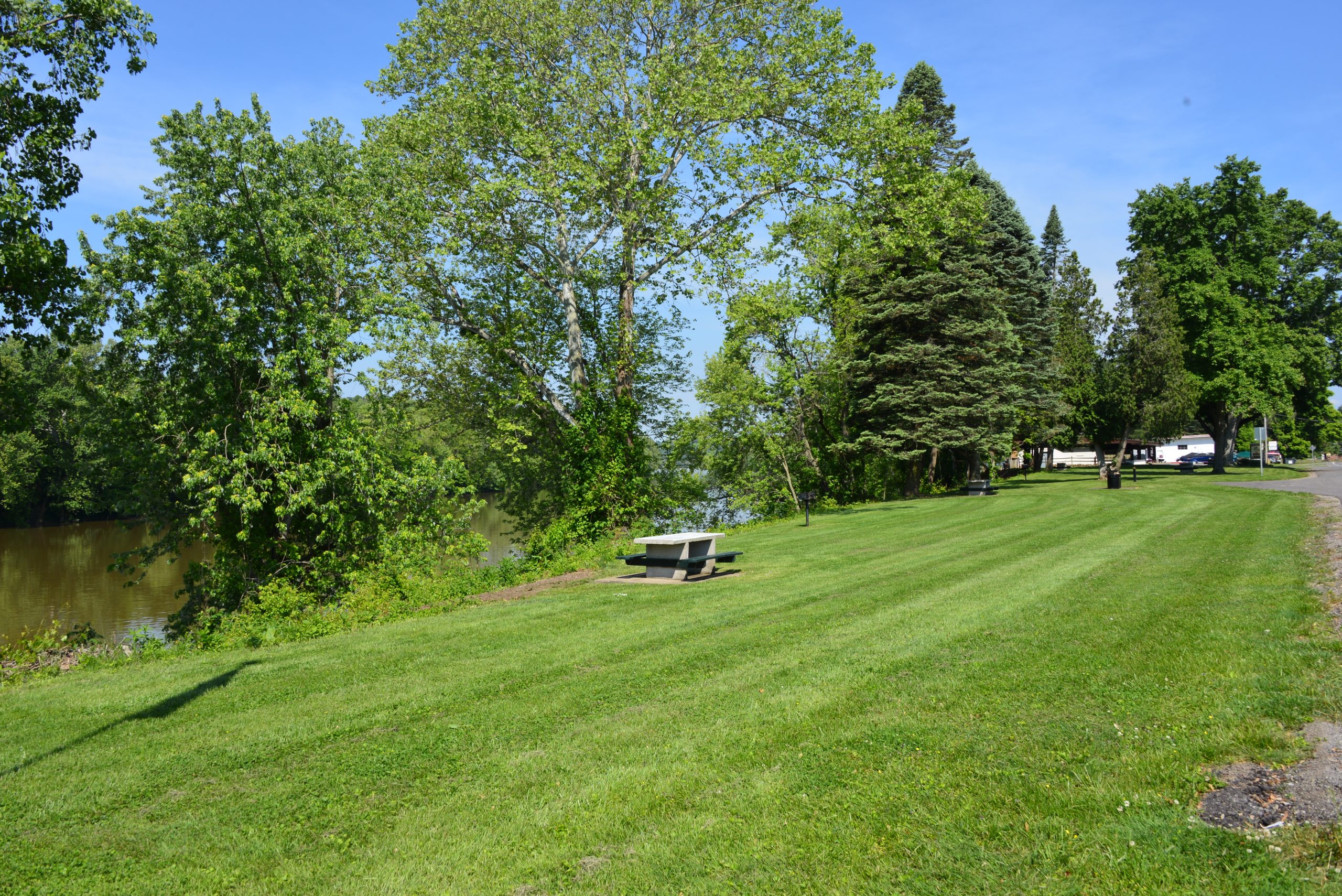