In case you are wondering, this pond was created at the lower end of the blue trail behind GWB Building 4 as part of a “dry dam” drainage system to manage runoff responsibly and provide drinking water for wildlife.

A dry dam is a dam constructed for the purpose of flood control. Dry dams typically contain no gates or turbines, and are intended to allow the channel to flow freely during normal conditions. During periods of intense rainfall that would otherwise cause floods, the dam holds back the excess water, releasing it downstream at a controlled rate.

According to Wikipedia, development of dry dams was pioneered by the Miami Conservancy District which built five such dams on tributaries to the Great Miami River to prevent flooding of the Miami Valley and Dayton, Ohio. 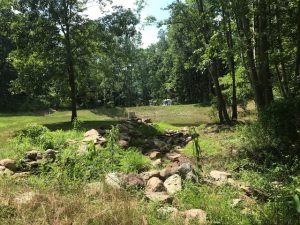 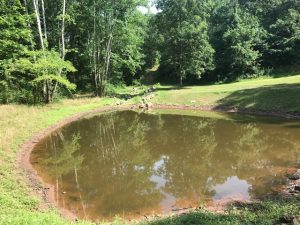 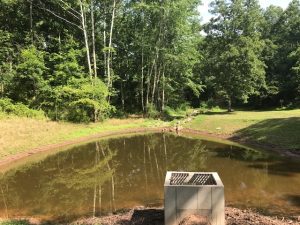